Last August 21 to 24, 2018, the LeapOut Digital team visited the LeapFrogger HQ in Melbourne, Australia. The trip was meant to strengthen ties between the two teams, improve communication, and streamline overall process (and, of course, enjoy Melbourne, one of the world’s most livable cities). Managing Director Marvin Ortiz shares, “The exposure, collaboration, and relationships built will pay off in forms of new business, employee motivation, and increase in productivity.”

Here’s what went down on their trip! Next in line was a meeting with the team from PD Insurance, one of the company’s biggest clients in AU. The team also set goals for the coming months. Later that day, Managing Director, Marvin Ortiz, had a lunch meeting with media networks in AU care of RCJ.

And what trip wouldn’t be complete without a little sightseeing? So the team spent the afternoon visiting Eureka Sky Lodge! The LO team ended the day with some evening fun at Queen Victoria Market, an iconic market that has been operating since 1878. The team also got some freebies from one of our clients, That’s Amore Cheese, and even tried some mulled wine and apple cider. Talk about a whirlwind day!

The team’s second day in the Land Down Under kicked off with an early morning road trip with Milena Press, on of the LF account managers. Fun!

The team got to see St. Kilda, where one of our clients, One Wellington St. Kilda, is based. (Hello, guys!). Later, the team then had another meeting with a major client, Realestateview.com. Work, work, work! Cindy Alimorong, LO project manager, says, “[We were] jumping from one desk to another to talk about campaigns. Communication is much easier—and weird because we went through a lot of emails.” Food and drinks! The team headed over to Rice Queen for dinner (and karaoke). So what did they belt out to? The classics, of course: “I Will Always Love You”, “Gangsta Paradise”, “Who Let the Dogs Out”, and “Wannabe”. It was the last day for the LF team. Of course, they got a lot of souvenirs and even more hugs! Also, what’s a visit to Australia without seeing kangaroos and koalas? Here’s the team at the Melbourne Zoo. The team also got to meet Sarah Correa, Carlos’ wife and LF project manager for web development, and their super cute boys. 😍 The team had a send-off dinner at Shark’s Fin in Bourke Street and, afterwards, checked out AC DC Lane, where AC DC used to perform. …and one last hurrah at Beer Deluxe Federation Square! The team agrees that the highlight of the trip was meeting the AU team and spending time together. They also note that communication between the two teams have been more open since the trip. Ultimately, the trip helped form stronger bonds between teams and understand each other’s processes better. The trip is just one of the many planned ahead and we can’t wait for it!

See more of the LO Team’s adventures in the Land Down Under on our Facebook page!

Marvin Ortiz is a digital entrepreneur with a wealth of experience working with local and international brands as an e-commerce and digital growth expert. He is the Founder and Co-Owner of LeapOut, the Philippines leading E-commerce SEO and Digital Marketing Agency. He loves to read and hit the beach during his free time. You can get in touch with him on Twitter at @marvinortizph.

View all of Marvin Ortiz's posts. 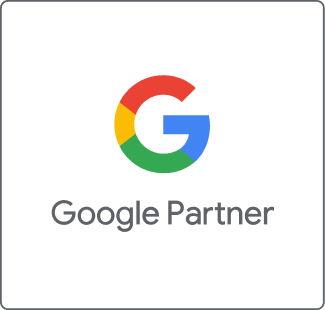